For most teens, the adolescent years are vibrant and full of opportunities and promise. But some teens face grave challenges during this period. The World Health Organization (WHO) cites depression as the main cause of illness and disability among adolescents globally.

Even more, depression could lead to suicide, which is ranked as the third cause of teen deaths. According to Mental Health America (MHA), adolescent depression is increasing at a distressing rate, and a recent survey indicates that one out of five teens suffer from clinical depression.

The National Institute of Mental Health (NIMH) indicates that in the United States, an estimated 3 million youth, age 12-17, had at least one major depressive episode in 2015. More than just statistics, real teenagers struggle with depression every single day.
Three Teens' Story

In these TEDx videos three teens share their battles with depression. In the first TEDx Talks, Hunter Kent, a high school senior, spent many of her teen years struggling with depression. She shares a journey that took her through despair and suffering.

Hunter says, "When you are living with depression, it doesn't just pass, it can strike after tragedy or emerge out of the blue. It can come from stress and pressure from school, friends and family, bullying and emotional abuse, and the media that damages our perception of self-image and self-worth."


Rising out of her adversity, Hunter has found help and the ability connect with and express empathy for others who need encouragement in their own struggles.

In he second TEDx Talks, Abigail, a high school freshman, shares her struggle with depression, leading to her as a fourteen year old, stepping onto the edge of the Brooklyn Bridge, preparing to jump.


Abby says, "Depression starts slowly ... as a little snow ball ... [it] starts rolling down the mountain, eventually picking up enough speed or momentum until it is a full-blow avalanche, out of control, that takes over your life and all of your senses."

Now, she is shares her story about recovery and "the courage to keep on going even when things look hopeless."

Finally, Kevin Breel, shares his own experience with depression. He did not look like depressed teen. He was team captain, consistently on the honor role; he was funny and confident.

Kevin calls for people to recognize the problem of mental illness just as it recognizes physical problems. He is confident that we can beat the problem of depression if we stand together.

While it is natural to be sad at times, depression is more than just feeling discouraged or being sad occasionally or when things don't go the way you want them to.

According to the American Psychiatric Association, depression causes feelings of sadness and a loss of interest in activities once enjoyed. This could lead to various emotional and physical problems which could reduce a person’s functioning in all areas of life.

From the stories of the three teens, Hunter, Abigail and Kevin, it is evident that recognizing depression in teens might not be easy. But adults need to be alert for the emotional and behavioral changes in teens that could indicate that they are struggling with depression..

These changes could cause significant distress and problems in many areas of depressed teens' life. Teen depression is real, but help is available.

We need to face the facts about teen depression. We need to get well needed information and access help promptly for teens who struggle with depression.. Below are just a few sites with resources that could help you understand the problem of depression better. You can also find help for a teen who is struggling with depression.


Images courtesy of nenetus at FreeDigitalPhotos.net

Teach your children empathy, Conflicts develop in every type of relationship but what is important is that your children learn how t... 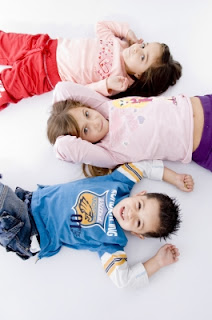 What are the keys to build a happy family?

Principles to Make Your Marriage Work

Some of My Favorite Books

What are the MAIN ingredients for good communication in marriage?